For over 14 years we sell apparatus DENAS to worldwide 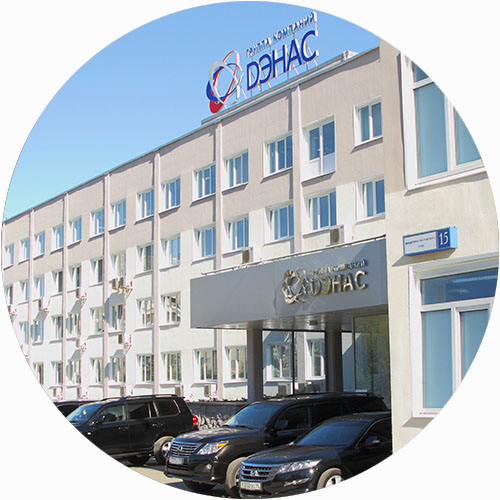 "DENAS MS" Corporation (GC "DENAS" now) was founded in 1998 in Yekaterinburg. Having started almost from nothing already in a few years the company became one of the country's major developers and producers of "small medical equipment" – portable appliances for individual treatment such as "family doctor".

In 2000 DENAS first apparatus of dynamic electrical nerve stimulation was created by company's engineers. After a number of tests - technical, clinical and toxicological – in 2001, September the corporation's first technical breakthrough - apparatus DENAS was issued. It gave name to a young company.

GC "DENAS" possesses one of the best production bases in Russia for development and production of medical appliances for home use, where special attention is being paid to quality and safety of production. The company was one of the first in Ural region that managed to get certified according to European quality standards and duly approve its certificate of conformity each year.

It is conditioned by many factors: the use of most up to date equipment, high-level organization of production and quality management system, production areas, specially designed in accordance with international standards requirements and highly qualified staff.

In the course of 16 years several dozens of DENS models were created. This medical equipment was certified not only in Russia, but also in Ukraine, Belarus, Kazakhstan and in EU.

16 years passed from the moment of GC "DENAS" foundation. During this time it grew from the company producing and distributing portable physiotherapeutic apparatuses into a large holding that is now famous not only on the territory of Russian Federation, but in many world countries as well. Apart from being famous as a developer and producer of medical equipment (this area is still the company's priority) GC "DENAS" is famous as an owner of unique hi-tech production and as a producer of health product "Karlovarskaya salt". And not only this!

In the course of time the company expanded its business activity: in 2011 DENAS-polyclinic was opened in Yekaterinburg where, apart from other methods, dynamic electrical nerve stimulation is being actively used.

To be closer to its customers, GC "DENAS" opened 16 branch offices in Russia, Near and Far abroad countries. Distributors – representatives of the company deliver goods to customers. Client can not only buy a product from distributor, but also get a quality consultation as to its use.

Today GC "DENAS" – is a dynamically developing, prospective and financially secure company with a world name. Its directions of priority are human's health, comfortable environment and top high quality of production. The best proof of it is the fact that GC "DENAS" production is already the choice of more than 2 million customers all over the globe.